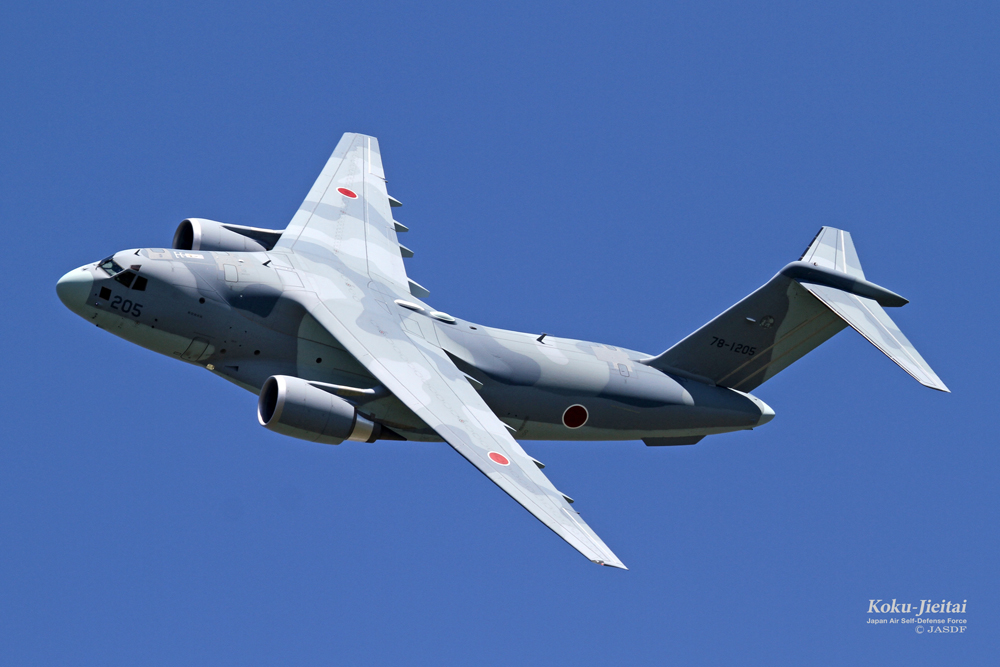 The C-2 transport plane, which succeeded the C-1, is used for military operations, and domestic and international air transport in disaster relief, as well as for international cooperation and emergency assistance situations.

The C-2 is domestically-developed and manufactured, and employs various new aircraft systems, and its deployment by the Japan Air Self-Defense Force (JASDF) began in March 2017. Packed with the most advanced technologies, the C-2 flies faster and achieves greater range than the C-1 and other transport planes owned by the JASDF . With a cargo hold larger than those of the others, it can accommodate heavier loads, thereby fulfilling a wide range of missions, such as international cooperative operations.