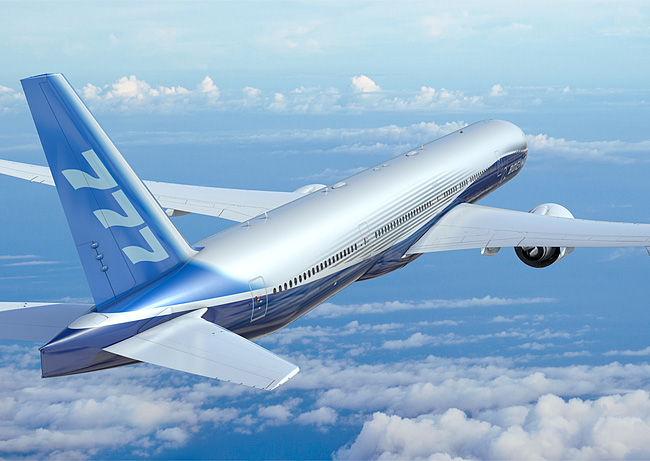 Receiving orders for more than 1,900 units as of April 2017, from airlines across the world, the Boeing 777 is the company's best-selling, twin-engine aircraft. The current core model, the 777-300ER, has 396 -seats in a two-class configuration and haｓ a range of 13,650 km, long enough to cover the distance between Tokyo and New York.

Kawasaki has been a member of the joint development and production team for the aircraft, manufacturing and delivering forward- and mid-fuselage panels, main landing gear wells, and cargo compartment doors. Kawasaki is also involved in the development of its successor, the Boeing 777X.