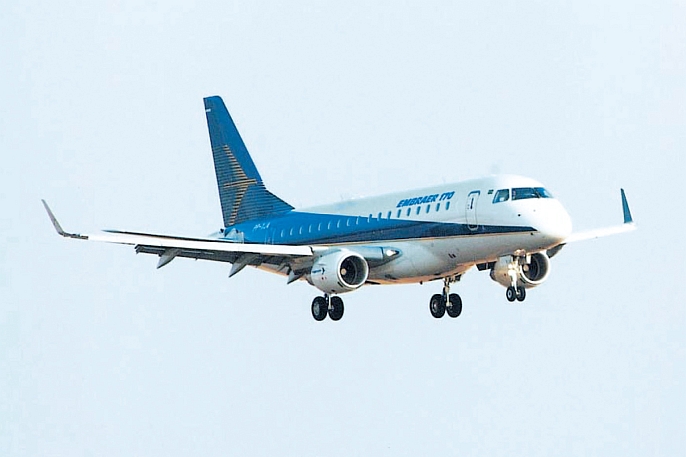 The Embraer 170/190’s were developed by Embraer S.A. of Brazil as regional jets. Kawasaki participated in the development as a risk-sharing partner, responsible for designing the center section, the wing’s leading edge, the wing’s trailing edge, the flight control surfaces, and the engine pylon for the Embraer 170/175 series, and for designing the center section and the entire wing structure for the Embraer 190/195 series. Even today, we continue to manufacture composite flight control surfaces and other components for this family of aircraft.

As of April 2017, a total of more than 1,300 units were being operated by airlines around the world, including Japan Airlines and Fuji Dream Airlines of Japan.