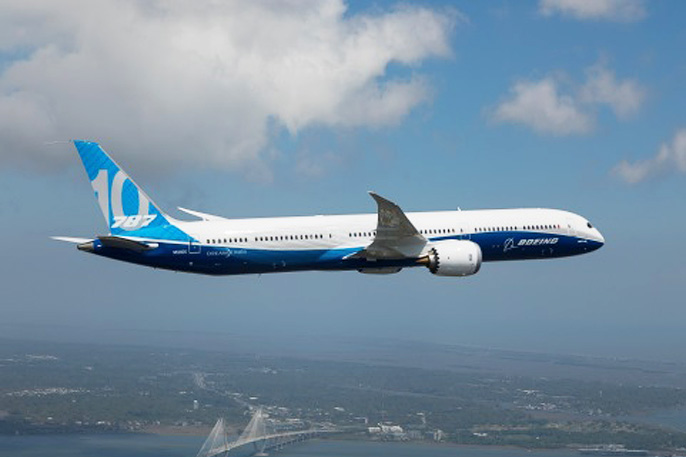 The Boeing 787 Dreamliner, Boeing’s new aircraft following the 777 has a 210～250-seat two-class configuration and haｓ a range of 14200～15200km (model 787-8). It has become one of the best-selling aircraft in Boeing’s history , with orders for more than 1,200 units received by April 2017. Kawasaki is a member of the international development and production team, being responsible for the development and production of the forward section of the fuselage, the main landing gear well, and the fixed section of the wing’s trailing edge.

(Photo courtesy of the Boeing Company)