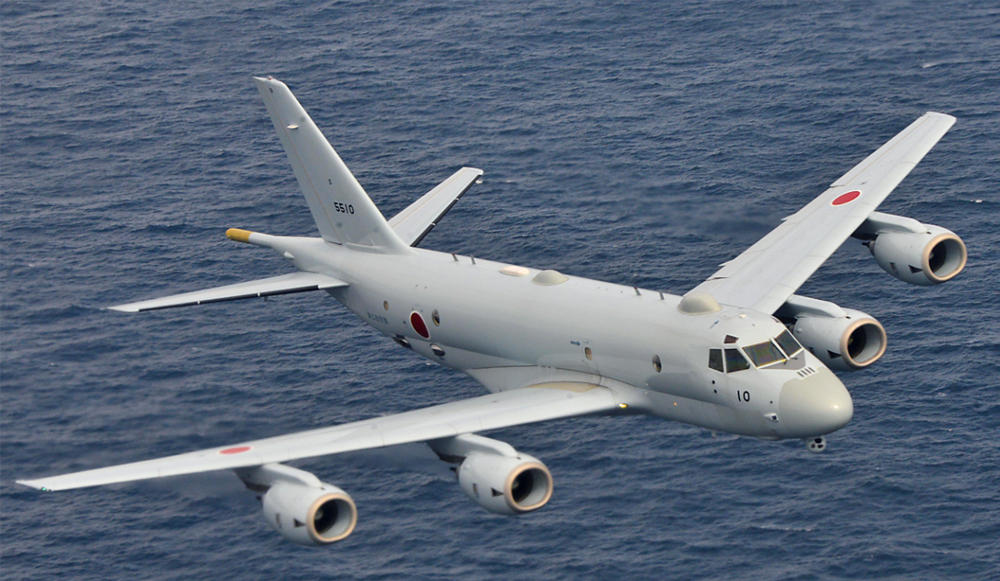 The P-1, the successor to the P-3C, is a patrol aircraft used for prolonged and extensive surveillance, and patrol over the seas around Japan.

Newly-developed and manufactured domestically, including its airframe, engines, and patrol systems, the P-1 presents improved features compared to the P-3C: faster speed, longer range, and greater loading capacity made possible by the latest technologies. These features enable patrolling of the extensive seas around Japan for long hours.