The KHI Group’s basic stance on corporate governance is to raise enterprise value through effective and sound management while forming solid relationships with all stakeholders, including shareholders, customers, employees, and communities, through highly transparent management practices. The KHI Group is striving to further strengthen and enhance corporate governance systems as appropriate for its businesses and scale. 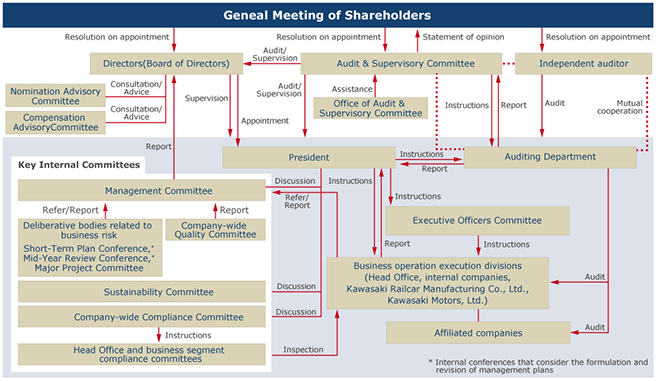