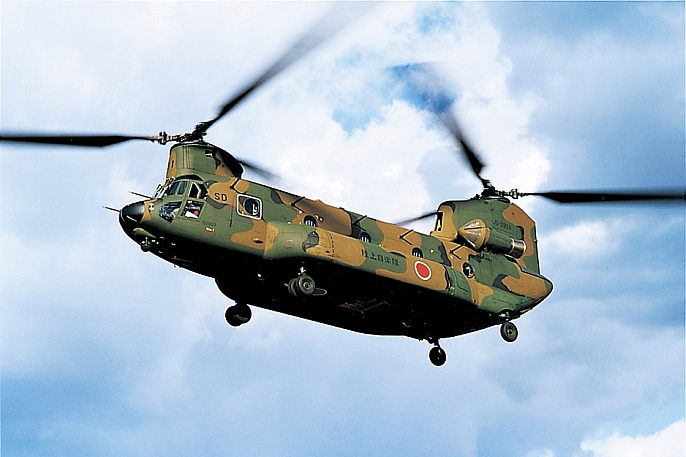 The CH-47 is a large tandem rotor transport helicopter developed by Boeing Vertol (present-day Boeing Company). Its prototype model, the CH-47A, was deployed as a U.S. Army’s transport helicopter in 1962, and its performance has since been upgraded with the introduction of successive new models, the CH-47B and CH-47C.

Kawasaki began manufacturing the CH-47J (derived from the CH-47D) in 1984. Since 1993, we have been engaged in the manufacture of the CH-47JA, which we have improved with a larger fuel tank and other features. We continued to make improvements as needed, and in 2017, we reached the milestone of delivering a combined total of 100 units to the Japan Ground Self-Defense Force and Japan Air Self-Defense Force.