The electricity sold by Nihon Techno Co., Ltd., a power producer and supplier (PPS)*, is obtained externally through the electric power exchange market. Nihon Techno, however, decided to construct its own 110MW power plant with an eye to securing a stable supply of electricity in light of the recent supply situation wherein Japan is facing an electricity shortage that has been expected since the Great Earthquake disaster on Mar. 11, 2011. 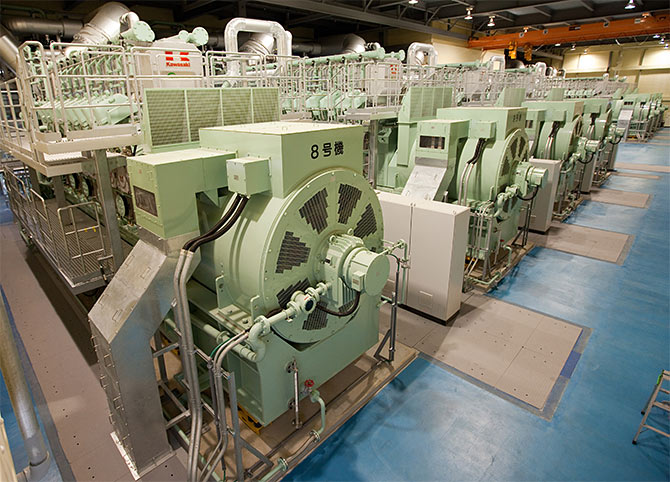 Kawasaki had a full turnkey contract to construct a power plant for Sodegaura Green Power in Chiba, eastern Japan. This system consists of 14 Kawasaki Green Gas Engines. Each engine train is equipped with its own auxiliary equipment necessary for use as a 7.8MW power plant. Thus each train can be independently started, stopped and maintained.
This configuration realizes the ultimate in flexible operation and perfect performance of electrical efficiency with a partial load.