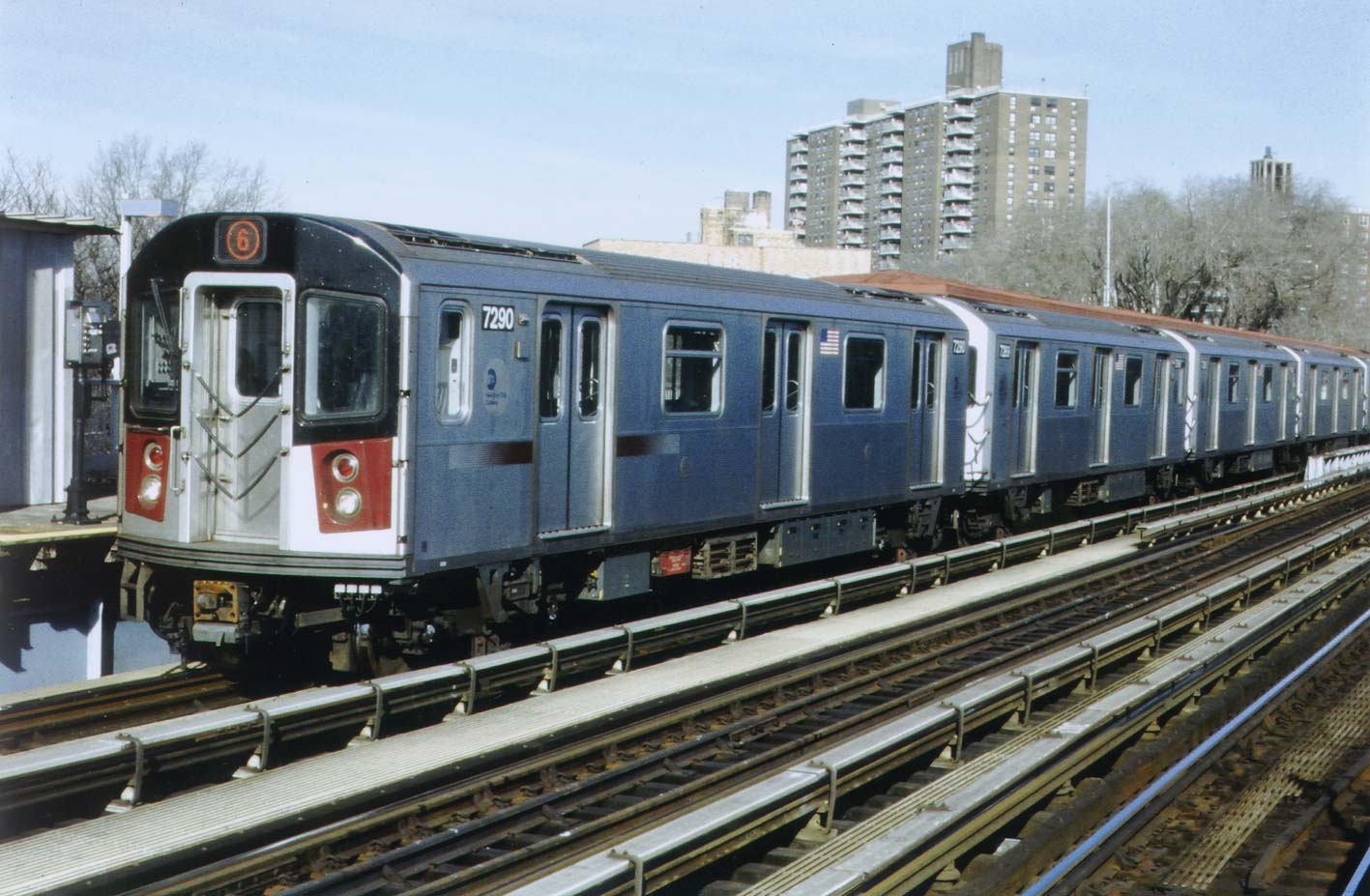 Tokyo, April 29, 2010 — Kawasaki Heavy Industries, Ltd. today announced that it has essentially received an order, via its U.S. subsidiary, Kawasaki Rail Car, Inc. (KRC: Yonkers, New York), for 23 new subway cars (R188) and the retrofitting of 10 existing cars. The order comes from New York City Transit (NYCT*1), the system operating the most train cars in America. The order will amount to approximately US$8.7 million, with incremental delivery scheduled from 2011 to 2012. The current agreement also includes an option for an additional 123 new cars and the retrofitting of 350 existing cars, which is expected to be executed during the summer of 2010 when the agency's budget is approved. Inclusion of the option would bring the total agreement figure to approximately US$47.1 million with production ongoing until 2015.

Based on the R142A Subway Car, 600 of which were delivered by Kawasaki between 2001 and 2005, the R188 Subway Car incorporates a Communication Based Train Control System (CBTC*2) for even greater operational efficiency, reliability, and safety of the subway system. Representing a new type of order for advanced train control systems to be delivered by Kawasaki, the project has great significance for the company's North American train car business, in terms of both added value and job creation.

Cars for the current order will be delivered in installments to NYCT, with the bodies manufactured at the Hyogo Works in Kobe and component installation as well as final assembly and testing undertaken at the Yonkers Plant in New York. Conversion of existing R142A cars to the CBTC system will be performed at the Yonkers Plant. NYCT is making plans to gradually shift to the CBTC system, with ongoing future orders for cars expected to accompany the change.

Since receiving an order in 1985 for 325 R62 subway cars, Kawasaki has delivered a total of over 2,000 cars to NYCT, and the company's cars occupy the largest share of any held by NYCT, America's largest subway operator. The current order from NYCT is a reflection of the high level of trust in the company's NYCT cars and its extensive delivery history and technological skill.

In the future, Kawasaki will continue to build on this firm foundation of technological skill and trust as it provides the world with subway cars - a mode of transit with a low burden on the environment.

Overview of the R188

*1 NYCT is a railway company under the control of the Metropolitan Transportation Authority (MTA). Other railways under the MTA besides NYCT include the Long Island Rail Road and Metro-North Railroad.