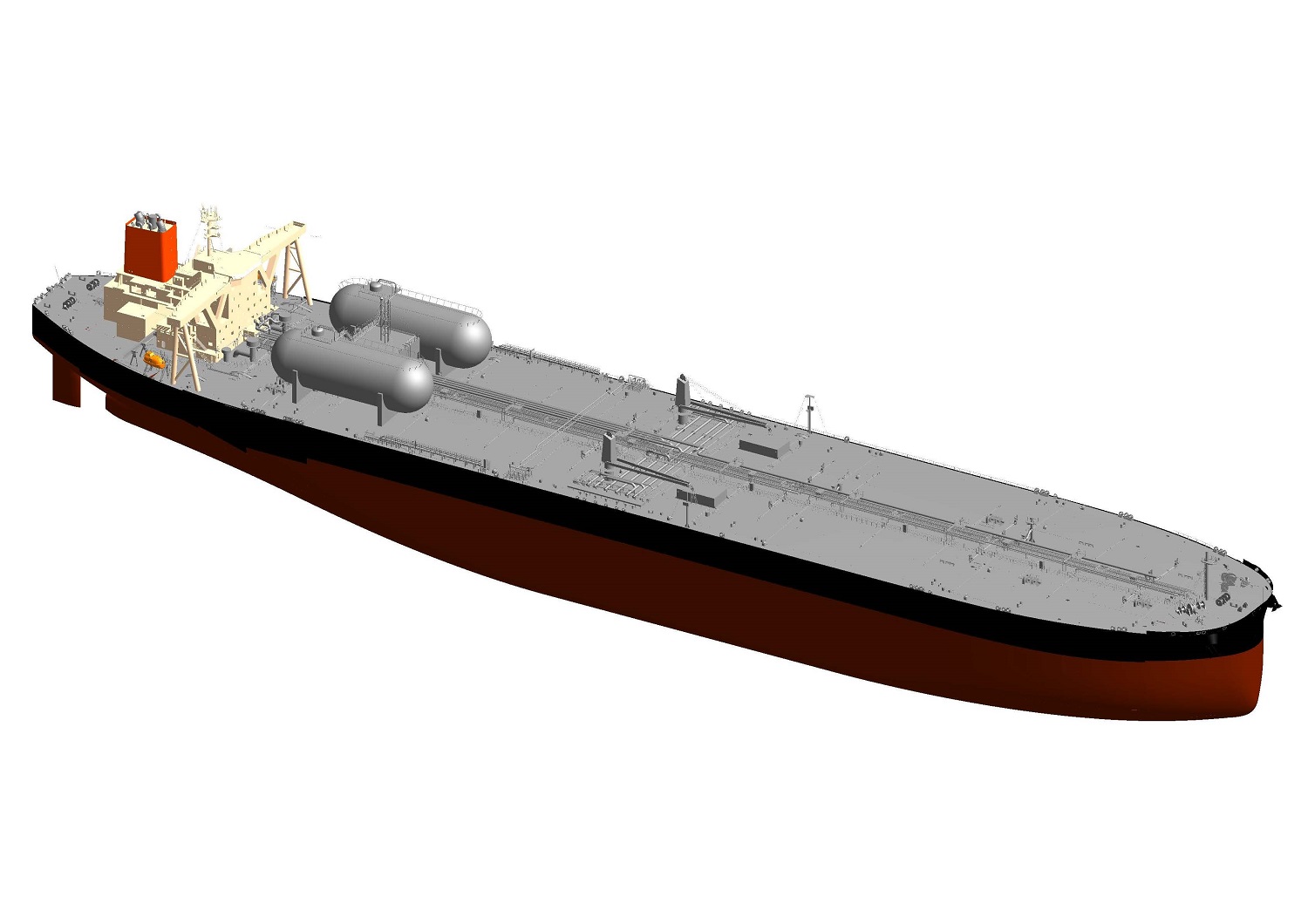 The newly ordered VLCCs will be built by Dalian COSCO KHI Ship Engineering Co., Ltd. (DACKS; headquarters: Dalian, China), which is jointly operated by Kawasaki and China COSCO Shipping Corporation Limited, and will be the first LNG-fueled VLCC to be built by the Kawasaki Group. The new VLCCs are scheduled for delivery starting in the second half of 2025.

These vessels will feature dual-fuel main engines capable of utilizing both LNG and low-sulfur fuel oil. During LNG-based operations, carbon dioxide (CO2) emissions are expected to be reduced by roughly 25 to 30 percent, sulfur oxide (SOx) emissions by 100 percent, and nitrogen oxide (NOx) emissions by roughly 85 percent compared with conventional engines using heavy fuel oil. The vessels comply with EEDI* Phase 3 CO2 emission regulations, which will apply to VLCCs contracted to be built in fiscal year 2025 or later.

In consideration of increasingly strict global environmental regulations as well as specific action plans, most notably the Sustainable Development Goals, Kawasaki will continue to develop and provide environmentally friendly marine technologies for use in commercial vessels designed to meet various environmental regulations, vessels that transport liquefied hydrogen (a next-generation fuel that is gaining attention), and other such vessels. Through these efforts, the company hopes to contribute to the realization of low-carbon and carbon-free societies.