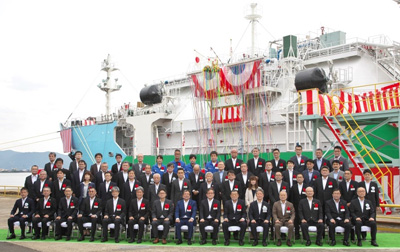 Vessels fueled by LNG instead of heavy fuel oil have been progressively introduced throughout the world as an effective measure in response to exhaust-gas emission regulations for vessels, which have been tightened since 2020. ”KAGUYA” will be Japan's first LNG bunkering vessel outfitted with facilities for supplying LNG-fueled ships with LNG while at sea.

The vessel will be delivered after various testing using actual LNG. Once construction is complete, it will be based at JERA Kawagoe Thermal Power Station and used to supply LNG fuel to LNG-fueled ships in the Chubu region (Central Japan).

An overview of the vessel is as follows:


Kawasaki will continue to actively work on the construction of various types of liquefied gas vessels including LNG, which is expected to see an increase in demand as a clean form of energy. 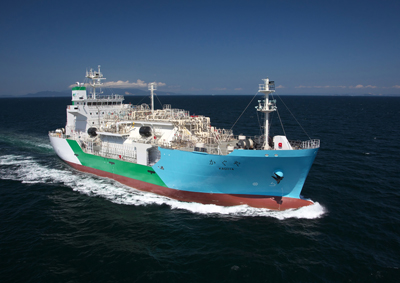