Kawasaki Launches New, 2019-model Ninja ZX-6R ABS and Ninja ZX-6R with New Styling and Enhanced Performance on Both the Street and Track


Tokyo, October 11, 2018—Kawasaki Heavy Industries, Ltd. announced its launch of two upgraded 2019 models in the 600 cc supersport category: the Ninja ZX-6R ABS and Ninja ZX-6R. Both will be released in selected markets from early October 2018.

The Ninja ZX-6R was designed to deliver the enjoyment and thrills unique to Kawasaki 600 cc class supersport models to a wide range of different riders. Compared with most supersport models in the class, these new Ninja ZX-6R models have the 636 cm3 engine which boasts a 37 cm3 advantage, offering an outstanding performance in the whole rpm ranges. Although its chassis was designed primarily for riding on winding roads in mind, the highly versatile design offers a comfortable ride in a range of different situations, from track racing to street riding.

For the 2019 model, the gear ratio has been updated to provide a more powerful feel in the low-rpm range. Such sophisticated technologies for riding support as KTRC*1, KIBS*2 and Power Mode Selector are given to the new Ninja ZX-6R models as well as other recent sport models. And further, there is an additional feature, KQS which enables upshifting without operating the clutch that supports fun riding on city streets or winding roads.

In terms of styling, various sections including the front and tail cowling have been updated. As the overall appearance matches with that of other Ninja models, the unique look and feel of the ZX-6R stand out in its class . The new LED bulbs, given to the head and tail lamps, improve visibility during night riding and contribute to the bikes' high-graded appearance. 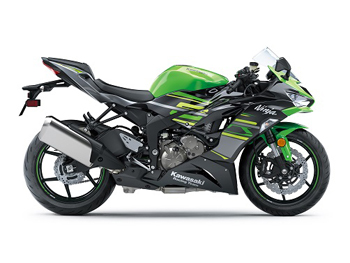 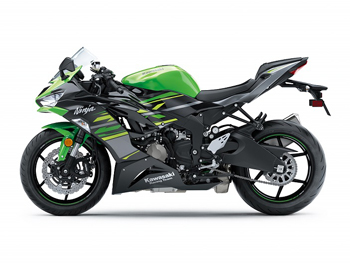