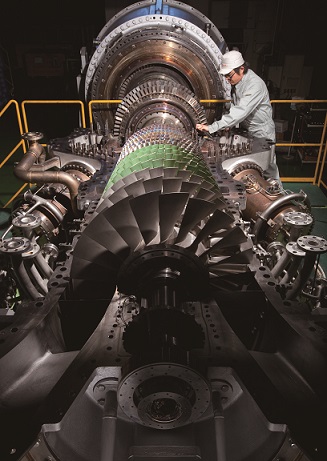 The order this time is for a 107 MW output CCPP to be constructed in Kamisu City, Ibaraki. It is to be composed of the major equipment of three L30A gas turbines, three heat recovery steam generators and one steam turbine, all made by Kawasaki. The CCPP employs a system that has functions as a cogeneration facility able to supply electricity and steam flexibly according to demand from surrounding factories. Kawasaki received a full turnkey contract for construction that includes overall design of the plant, supply and installation of gas turbines, a steam turbine and heat recovery steam generators, as well as civil engineering construction. Operation is scheduled to start around summer of 2020.

The world’s electrical power consumption is expected to increase in the coming years, with much of the increase occurring in Southeast Asia, which is seeing rapid economic growth. In addition to conventional natural gas production, the number of new shale gas supplier countries other than the United States is expected to increase as well. As a result, demand is growing for high-efficiency gas-fired thermal power plants as distributed energy sources. In the distributed energy system market, where power producers are introducing new facilities and updating existing ones at an increasing rate due to factors such as expanded use of renewable energy sources with unstable output, there are marked demands for highly efficient equipment and excellent load responsiveness. Electrical efficiency of Kawasaki’s standard CCPP is among the world’s highest levels at 55.2% (100 MW class, reheat type*) to respond to those market demands.

Kawasaki underwent reorganization in April of this year to combine divisions that worked on energy system development, design, and manufacture with the plant engineering division in order to enhance energy-related business and promote synergy effects. At the opportunity provided by the order that resulted from that reorganization, we will accelerate concentration of technology and know-how accumulated in the energy sector, actively work to further improve product technological capabilities, and enhance plant engineering capabilities so as to deploy energy-related business globally.

*
Reheat type CCPP: Power plant in which steam is extracted from the middle stage of a steam turbine and reheated in the reheater of a heat recovery steam generator before being returned to the steam turbine in order to increase output.