Under the agreement, Sojitz and KHI will deliver KHI M1A-17D gas turbines to Russia’s Gazprom, the world's largest gas company in terms of natural gas production volume, for installation at state-of-the-art “Corvet 1700” cold region outdoor electric power generating facilities designed by Energotechnika. The generating facilities will be used at gas pipeline compressor stations* as part of a pilot project being implemented by Gazprom. Four units will be installed near Yugorsk in Kanty-Mansi Autonomous District and one will be installed near Kopeysk in Chelyabinsk Province.

Gazprom’s gas pipelines exceed 160,000 km in total length and are equipped with compressor stations at intervals of 100 km to 200 km.  Each station has one to four generators with capacity ranging from 1,500 kW to 2,500 kW. In addition to the installation of new generating facilities, many of Gazprom’s existing facilities are approaching replacement age or require upgrades, and if trial operations of the pilot plants are successfully completed, additional orders of 20 units or more annually can be expected.

Behind the successful signing of the agreement were Sojitz's many years of business experience in Russia including the Far East and the solid reputation of the generating and environmental performance of KHI’s M1A-17D, whose 1,700 kW generating capacity is among the highest in the world.

Sojitz and KHI delivered seven generators for cogeneration systems to be used for the main APEC 2012 conference rooms held in Vladivostok, Russia and have experience obtaining orders in Russia.

Russia is the world's largest gas producing country, and demand for high-efficiency, low environmental burden electric power generating facilities and cogeneration systems that use natural gas is increasing. Sojitz and KHI will use this project as an opportunity to expand our gas turbine business in Russia even further.

*Facilities that compress and propel natural gas so it can be transported by gas pipeline. 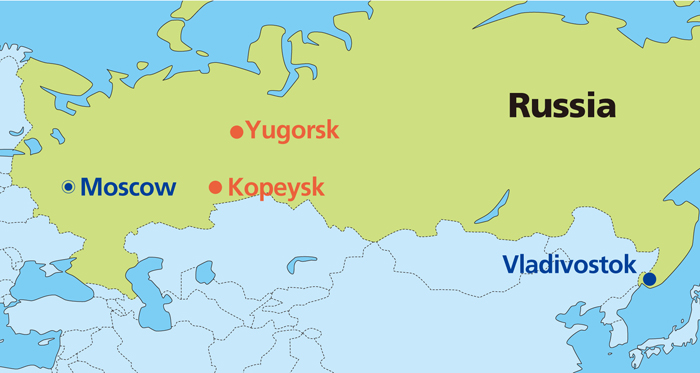