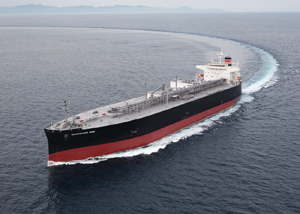 Tokyo, January 15, 2013 — Kawasaki Heavy Industries, Ltd. today delivered the Nadeshiko Gas LPG carrier to Gas Diana Transport Inc. The vessel (Kawasaki hull no. 1679) is the 49th LPG carrier and the 10th of the same type to be built by Kawasaki.

Features of the Nadeshiko Gas