Tokyo, November 11, 2010 — Kawasaki Heavy Industries Ltd. and Sojitz Corporation announced today that they have reached an agreement with the Far Eastern Center for Strategic Research on Fuel and Energy Complex Development (FEC), the Russian government affiliate, to proceed jointly with cogeneration projects for the Russian Far East. Kawasaki and Sojitz will sign contracts to supply cogeneration systems for pilot plants as well as a framework contract for the first phase with the above-mentioned Vladivostok-based company at the Fourth Japan-Russian Investment Forum to be held on November 12.

As a key component in Russia’s energy and environmental strategy, the cogeneration project is designed to bring highly efficient cogeneration systems to municipalities located along a 1,800-kilometer-long natural gas pipeline now under construction. Scheduled for completion in 2012, the pipeline will link Sakhalin with Vladivostok via Khabarovsk. The cogeneration systems will replace aging coal-fired boilers currently being operated in the Russian Far East. These energy efficient systems will provide a steady supply of electricity and hot water while significantly cutting carbon dioxide emissions.

The subsequent first phase plan includes the delivery of 30 Kawasaki gas turbine power generation systems as well as ancillary facilities procured by Sojitz, valued at approximately 20 billion yen, between 2012 and 2014.

Prior to implementing the plan, FEC, Sojitz, and Kawasaki will select candidate sites for installing cogeneration systems from among different municipalities in Khabarovsk and conduct feasibility studies to assess the energy-saving impact and economic viability of the project.

The improved fuel efficiency realized via the cogeneration project will significantly lower electricity and heating costs. Expectations are running high that the project will attract new industries to the Russian Far East and reverse the regions population decline. Once the first phase is completed, Kawasaki and Sojitz will move forward to take the project to the next phase and beyond.

An earlier bid awarded to Kawasaki and Sojitz for the provision of seven cogeneration systems to be used at the 2012 APEC summit site on Russky Island, Vladivostok was key to winning these most recent contracts. Kawasaki, one of the world’s leading manufacturers, currently claims the largest share of the global market for medium and small size gas turbine power generation systems. That market is particularly heating up in the Russian Far East where these systems are prized for an overall thermal efficiency that adds up to tremendous savings in energy costs.

Kawasaki and Sojitz have set their sights on the growing number of opportunities in Russia as this country with the largest natural gas reserves in the world looks for highly efficient and environmentally friendly natural gas-fired cogeneration solutions to power its future. 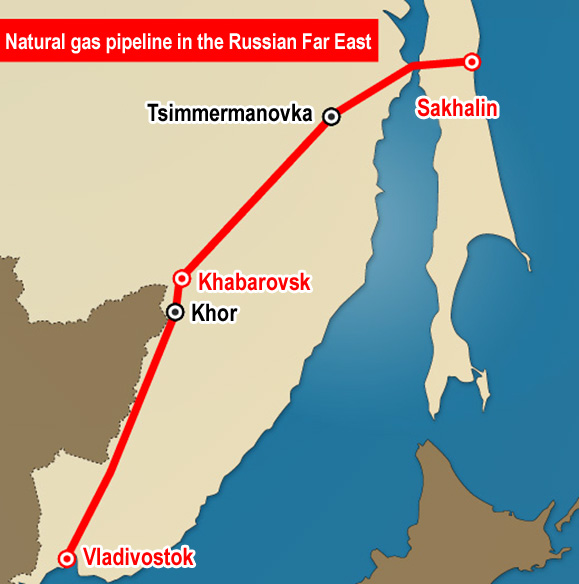